Attacks on the Frontlines

I pray for pastors.  I am one.  I know how hard it can be.  My wife forwarded the article below to me this morning.  We have been in and out of seasons like the author describes.  It is so necessary, no, mandatory, that we pray for spiritual leaders.  They have extra large targets on their backs.  It can be tempting to do something else...maybe attempt less for the Kingdom in order to not be spotted by the enemy.  But God calls certain men and women to great exploits and to lead others along in the ground taken.  Keep walking by faith.

The original date of this article in Charisma is very significant to me personally.  It was dated July of 2015.  I wish I had seen it then.  Little did I know that the next 5 months was going to be one of the most difficult and frustrating times in ministry I had ever experienced.  However, as usual...the storm was strong, but the victory was greater!  That season of pressure and difficulty was the incubator for the planting of our current church The Altar.  God would actually use the pressure to steer us into the greatest victories of our lives.

Read the article and take heart if you are under attack. 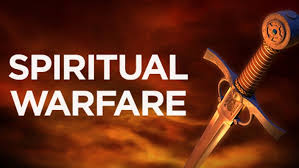 Equity v. Equality Words mean things.   I learned this truth early on in my adult years.  Beyond the obvious: lying, exaggerating, shading ... 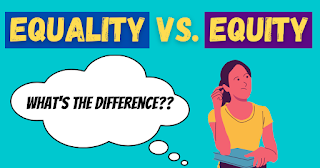